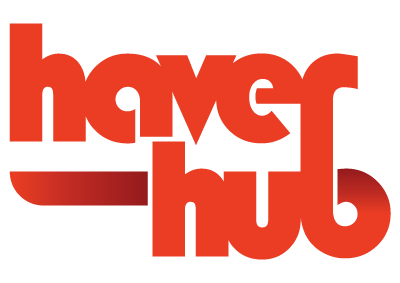 It's your space to grow

Our journey began in 2017. When founder Gitti Coats saw the need for a hub to bring the town together, she formed the beginnings of the Haverhub team, and together with Jerry Evans secured the Grade II listed old post office, built in 1936. The building is an integral part of Haverfordwest, but many people have no idea how big the whole site is. To the rear, a large sorting office, courtyard and depot stretch out to the riverside, which were used by Royal Mail until the late 80s. Largely abandoned since then, they gradually fell into disrepair, which opened up a regeneration opportunity!

From this, Haverhub was born, and our team was joined by a host of creative, forward-thinking locals who wanted to help shape the project and share their ideas. Volunteers, termed ‘HaverHelpers’, removed old furniture and emptied the site, and artists contributed pieces to decorate the space. With the help of many hands, a program of community events took shape. There was only one thing left to do…

The Post Office’s history has shaped our foundations in communication and connectivity, but now, as Haverhub, we are moving the building into a new era. Haverhub stands for more than what the post office could ever offer – a way of bringing people together in the flesh.

Though the building has changed uses, you will still find residues of the past, such as the post office counter now repurposed as a splendid bar. We want to retain quirky features – our mission is to build rather than erase. We identify gaps and fill them with opportunities, creative thinking, and shared ideas from volunteers and visitors alike. Feeling that Haverfordwest needed a family-friendly, collaborative-minded venue, we came together and created one.

Since 2017, whilst continuing to host a number of events, our small team has worked extremely hard to secure funding from various organisations on both a regional and national level. Every penny of funding goes towards improving our site and equipment, and we are still 100% volunteer led. Being awarded local grants such as ‘Enhancing Pembrokeshire’, and broader awards from the National Lottery, the Welsh Assembly Government, and the EU Regional Development Fund (among others) has shown us that many people also see Haverhub’s potential. We hope our project inspires other groups across Wales and the UK to put time into similar ventures.

Like many historic buildings, Haverhub has a kind of charisma which pulls people in, and along the journey we’ve made numerous friends. Strangers have quite literally walked into our yard out of curiosity and ended up becoming part of the core team. Social connectivity, collaboration and engagement is what Haverhub is built around, and it is nice to see that our vision is already becoming a reality.

Moving into the present… What a strange year it’s been. Like all other venues around the globe, Haverhub had to shut its doors due to Covid-19. This could have been catastrophic, but thanks to generous donations from the local community, we’ve managed to stay afloat since our events dried up. For these, we’d like to say a huge thank you, and to everyone who has supported us up to this point.